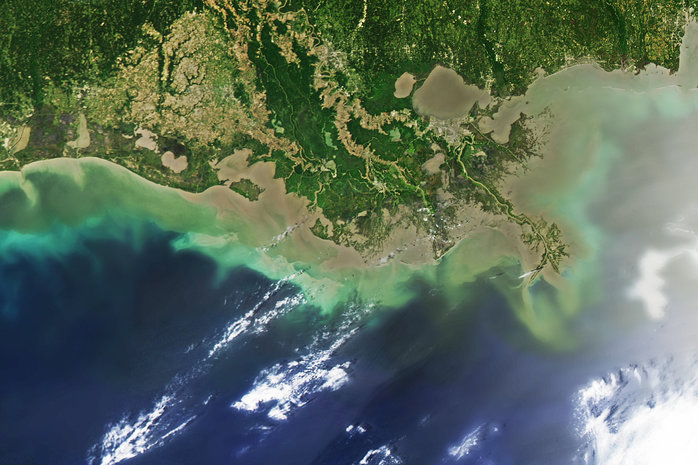 The Louisiana coast is disappearing at an alarming rate of one football field per hour, costing roughly $500 million annually in land and property loss. Over just the last 200 years, nearly half of our nation’s original wetland habitats have eroded away completely. The Louisiana coast accounts for 80% of the wetlands lost each year in the United States, but only 40% of the nation’s overall wetlands.

What does this mean for the future of our coast?

Since the middle of the 1930s, we’ve lost roughly 2,000 square miles in wetlands. To put this in perspective for you, the entire state of Rhode Island is only 1,212 square miles in area. Thankfully, we’ve slowed it down in recent years, as the rate of land loss was once 50 square miles per year.

Rising sea levels and climate change are some of the main players in coastal erosion. While it is a natural process (to an extent), it shouldn’t be happening at this rate. Human activities such as filling and draining for agriculture and dredging wetlands for canals play a big role in the acceleration of coastal erosion. It is predicted that by the end of the century, many of the Louisiana barrier islands will have eroded away completely.

With the disintegration of our barrier islands, the sheltered wetlands along our delta plains are subjected to the full wrath of storm surges, waves, tidal currents, sediment transport, and salinity that will further deteriorate them.

How can we stop coastal erosion?

In the South, there are a few things we can do to help minimize coastal erosion. By speaking with local legislators, we can help reduce human damage and push for harsher regulations. We can also plant new marshland grasses or other plants to replace those that we’ve lost, and minimize our carbon footprint as well as picking up litter is more impactful than you think.

At Stan’s Airboat & Marsh, we’re playing our part in protecting our valuable wetlands. With coastal land reclamation and implementation of environmentally-friendly tactics in our work, we are proud to help wetlands on river and lake floodplains nationwide. Contact Stan’s today to learn more about what you can do to help stop coastal erosion, or with any further questions about our environmentally-friendly services!

Can Bugs Cause Coastal Erosion?

The Louisiana coast is in grave danger as it faces threats of rising seas, oil…